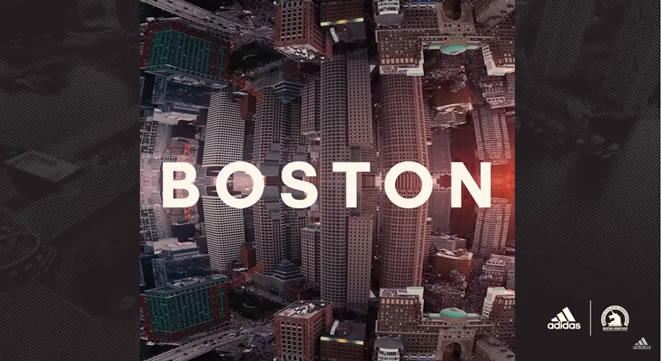 adidas is one of the main sponsors of the Boston Marathon and, like other event sponsors, was looking for a way to create a more meaningful connection with participants and viewers - something that goes beyond the standard freebies giveaway.

Working with their agency Grow, adidas decided to push the limits of innovation and create Personalized Videos for each and every runner, congratulating them for their participation and giving them an opportunity to share their accomplishments in the form of a boast reel. But adidas was seeking to create truly personalized videos, which would include real race data for each runner as well as clips of that very runner shot during the race itself.

Bringing this vision to reality wasn’t simple. There were two key challenges that had to be addressed in order to make it a reality, namely:

The final videos included the runner’s name, their times at different checkpoints in the race, as well as personal clips of the runner taken at some point along the course.

So… was it worth it?

You bet it was. While this campaign is considered as being relatively “low volume” in the world of Personalized Video, where volumes are generally measured in the millions rather than the thousands, it was a great showcase for an innovative application of the technology.

All said and done, 57% of all runners who finished the race viewed their video and over a quarter of these runners shared their video on Facebook. This social sharing drove hundreds of thousands of views, with an astonishing 95% video completion rate. Just as importantly, the campaign drove over 80,000 visitors to the company's web properties. Not surprisingly, this social buzz was overwhelmingly positive. This amazing engagement didn't stop with the social views and sharing, as it also reflected in the email campaign used to distribute the Personalized Videos. The email open rate was more than double that of the brand's own benchmarks and, perhaps most spectacularly of all, product sales driven by emails were up an astonishing 1,189%!

To learn more about Idomoo's Personalized Video click below to schedule a demo.